The project consists of the requalification of the existing skeleton frame, adopting the volume scheme of the original project and juxtaposing a new concept of the facade. The tower stands as an allegory of the water element, represented by using stainless steel plates running through the surface of the facade. As rain falling, the plates follow, in their vertical path, the outer perimeter of the podium, creating the effect of water flowing. 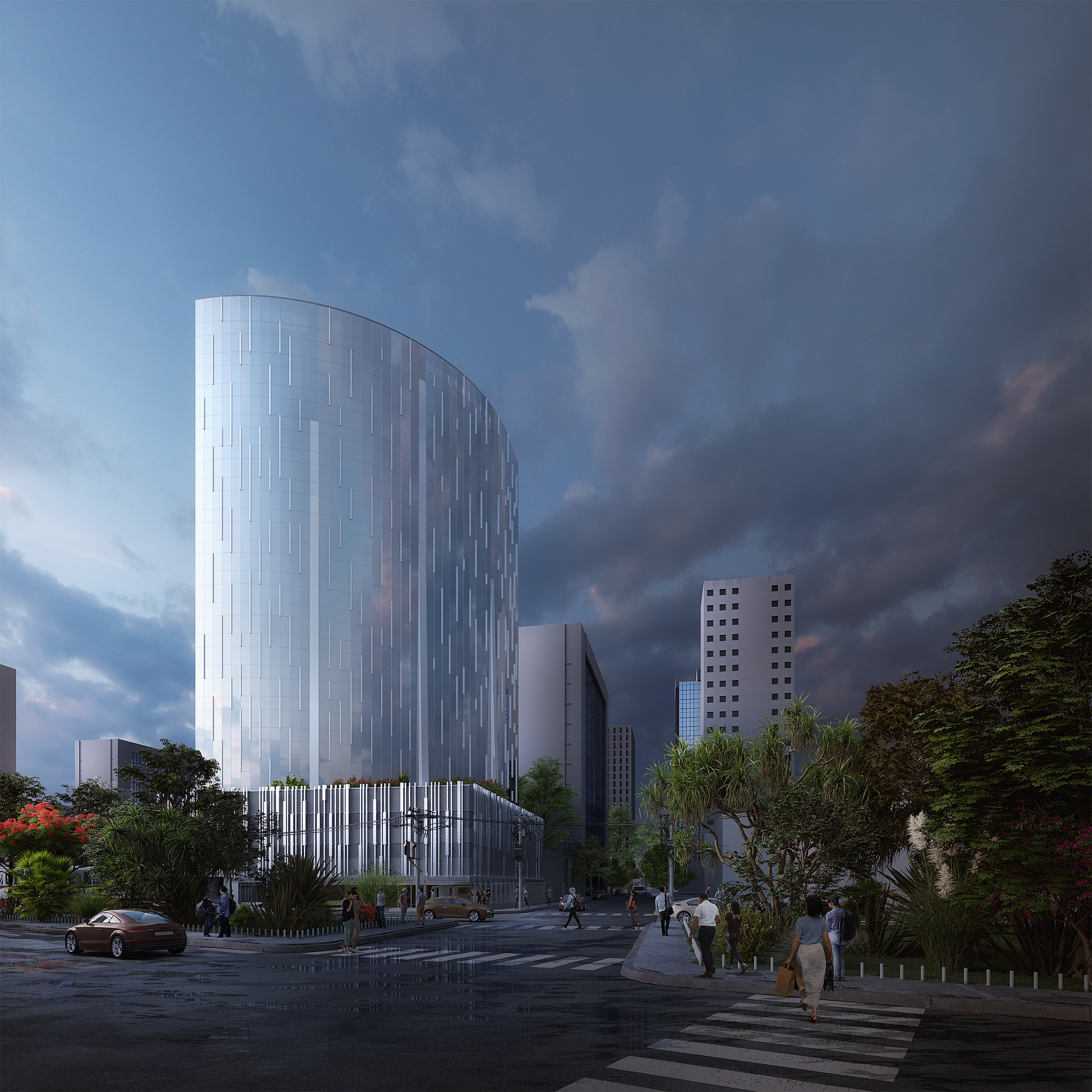